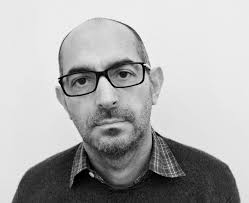 Ferruccio Laviani
the most famous Designers in the world, exclusive to Newformsdesign

Born in Cremona in 1960, Laviani attends the International Professional Institute for the Arts and the Violin Making of Cremona and graduates in 1978. He later attends the School of Architecture, at the Politecnico di Milano where he graduates in 1986, while attending at the same time the Scuola Politecnica di Design in Milan from 1982 and graduates in 1984.
He started working for Michele De Lucchi in 1983 and becomes a partner at Studio De Lucchi srl from 1986 to 1991, when he opens his own studio in Milan.

Lavianis work mainly focuses on art direction for companies, industrial products and retail spaces. Since 1991, he has been the art director for Kartell and collaborated with companies such as Flos, De Padova, Foscarini, Moroso, Society (Limonta), Emmemobili in the creation of the design concept for retails spaces and set-ups.